We arrived on the island a little later than usual (more sleep after a fun trip to the aquarium for a behind the scenes tour) and enjoyed a beautiful sunset on the boat ride and at the dock. 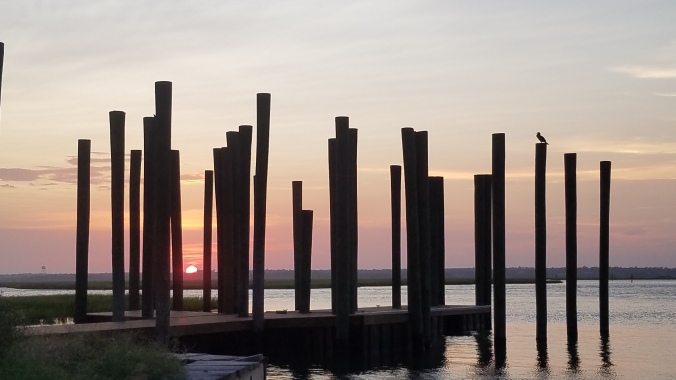 Once we made sure all of the nests were safe and doing well, we began our patrol.  On just our second drive down the beach, we spotted a mama in our tracks and moved around her, quickly shutting off our lights and the truck to not disrupt her.

Upon investigation, we discovered that she had already started (and was almost finished) nesting very close to the rising tide.  We were immediately concerned for the nest’s safety, as we were not sure how high the tide would get that night.

It was unusual that she chose to nest so far from the dunes.  The beach has changed a lot over the last few months and a shelf has formed in the sand in several areas of the beach. 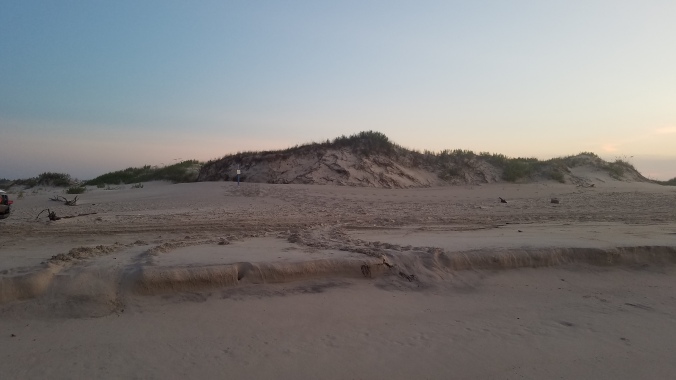 One hypothesis that Janina thought of is that the turtle may have climbed up the shelf and thought she had just scaled the dune, thus feeling she had found a safe place to nest.

We quickly sprang into action, tagging the turtle (she had no previous tags), but there were some complications PIT tagging her.  We were, however, able to successfully place a metal tag in her flipper and collect DNA from the turtle, which will help us identify and track her in her journeys. 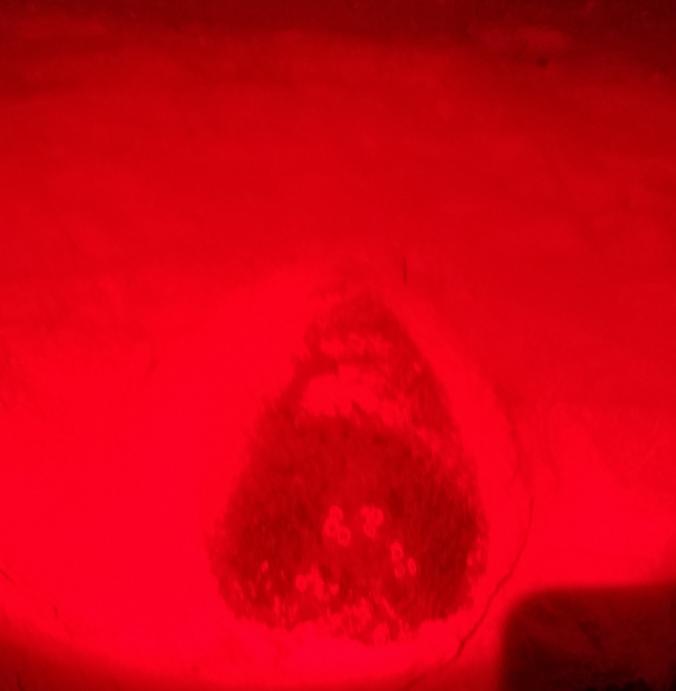 We only snapped a single picture of the turtle’s carapace (sorry, the quality is a bit blurry), and then immediately turned our focus to the relocation process.  Because we were not sure if the tide would continue to rise, we wanted to be able to excavate the nest and remove the eggs as quickly as possible.

(If you are interested in the details of relocation, please see our recent blog post for some awesome details and pictures!)

After setting up for the relocation process, we checked and discovered the tide would stay far enough from the nest.  This relieved us of the immense pressure to work quickly, and we were beyond happy that we could take our time with the process.

We moved the nest to a dune directly behind the original nest, ensuring that no high tide or storm surge would ever endanger the nest. There were 96 eggs total.  This is a small clutch size, which makes sense, as the turtle was rather small in size.

The moon was very bright that night…here is her path back to the water!

When the relocation process was finished, Janina placed the spray foam in the nest to create a cast.  (This will help marine biologists and students learn more about the size and shapes of nests in relationship to the size of the turtle.) 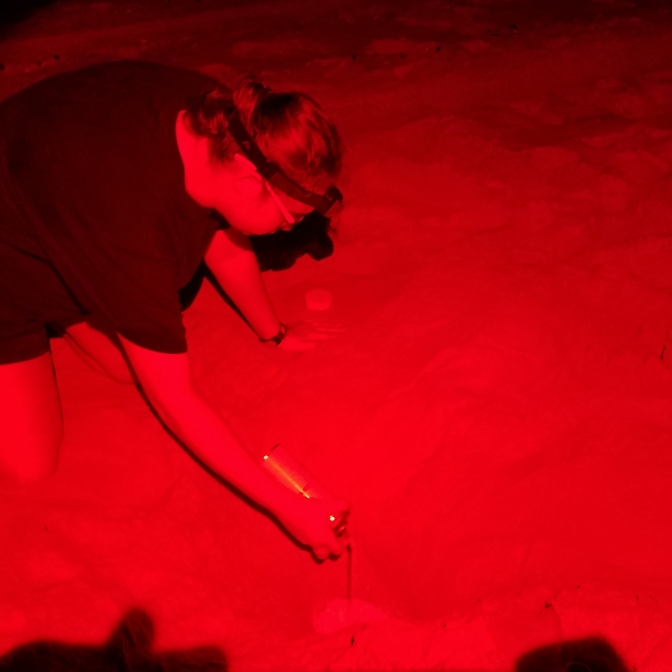 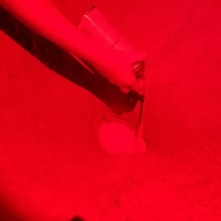 Shortly after we finished the process, we noticed some ants and ghost crab marks on and around nest 1. 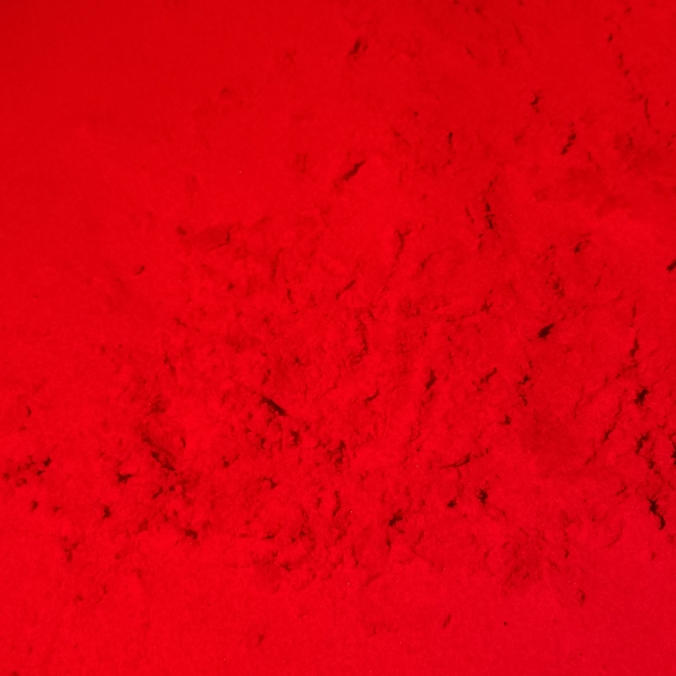 This can often mean that it is close to time for the hatchlings to leave the nest, so we are on edge waiting for their exit!  (To be honest, we are the MOST excited people on the planet to see these babies emerge!)

Although we didn’t see babies that night, we are sure they will arrive soon!

In the morning, we also had a great sunrise!

And saw this cool dude in his favorite spot sunning himself!

All in all, we felt blessed for such a spectacular night on the island!!!